The Embassy of Costa Rica to the United Arab Emirates opened its doors for the first time on the 23rd of November 2017, after the Ambassador presented his credentials on the 02 of july of 2017 to HH Sheikh Mohamed bin Rashid Al Maktoum, Vicepresident and Prime Minister of the UAE and Ruler of Dubai. Its the first time Costa Rica has an embassy in UAE soil and its concurrent with the Government of the Hachemite Kingdom of Jordan and soon to the Kingdom of Saudi Arabia.

The Embassy coordinates and manages the political affairs, economic diplomacy, the promotion of tourism and investment, and the bilateral relations between Costa Rica and UAE, Jordan and Saudi Arabia. The Embassy of Costa Rica in the United Arab Emirates is part of the Ministry of Foreign Relations and Worship of Costa Rica. The Embassy coordinates and manages political affairs, trade, tourism, education, health and international relations between both countries and concurrent Embassies. 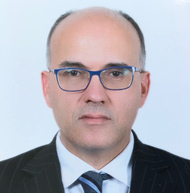